This Remembrance Day, I take time to think of my great-great uncle, Edward Absolom Pratt, who died on 13th August 1915.

Edward was born in Hornsey, Middlesex on 29th March 1870 to Thomas Henry Pratt, a carpenter, and Emily Angell Pratt née Crawford and was the fifth child of six. On 4th June 1906, aged 36, he married Emma Polkinghorne, aged 32, in her home district of St Columb Major, Cornwall. They made their home in Cornwall where a daughter, Dorothy, was born in 1907 and Edward worked as a life insurance agent (1911 census).

On 7th July 1915, aged 45 years, Edward enlisted into the Army Service Corps 18th Labour Company (Service No. SS/13850) at Aldershot. The Army Service Corps comprised a large number of different units and divisions which serviced the army in all theatres of war. They were responsible for moving essential supplies such as food, horses, munitions and transport of all types.

On 31st July 1915 he embarked to the Mediterranean with the Army Service Corps and arrived in Alexandria on 11th August 1915. The next day, he sailed on the HMT Royal Edward for Moudros on the island of Lemnos, a staging point for the Dardanelles (a narrow natural waterway in northwestern Turkey). Before the war, the HMT Royal Edward was a passenger ship belonging to the Canadian Northern Steamship Company.

On the morning of 13th August 1915, the HMT Royal Edward passed the British hospital ship Soudan, heading in the opposite direction. Oberleutnant zur See Heino von Heimburg, in the German submarine UB-14 was off the island of Kandeloussa and saw both ships. He allowed Soudan to pass and focused his attention on the unescorted Royal Edward some six nautical miles off Kandeloussa. One of the UB-14’s two torpedoes was launched from about one mile away and hit the Royal Edward in the stern.

Royal Edward was able to send an SOS before losing power and Soudan arrived on the scene at 10:00am after making a 180° turn and rescued 440 men in six hours. Two French destroyers and some trawlers rescued another 221. The final death toll of 935 was high because the Royal Edward had just completed a boat drill and the majority of the men, including Edward, were below decks re-stowing their equipment.

A Casualty Form – Active Service signed by a Lieutenant Quarter Master of the Army Service Corps at 1/c ASC Section 3rd Echelow, GHQ noted Edward as “Missing, believed drowned on the sinking of the HT “Royal Edward” on passage from Alexandria to Gallipoli.”

The Commonwealth War Graves Commission notes Edward as being “Remembered with Honour” at the Helles Memorial, in Turkey. On 20th March 2016 a pension of 17s 16d a week was awarded to his widow, Emma, for a period to expire on 7th April 1923 and on 16th July 1919, Edward was posthumously awarded the British War Medal. In the space of five weeks, Edward had left his wife and daughter in Cornwall, enlisted to play his role in the Great War and had lost his life.

Emma and Dorothy continued to live in the same house in St Columb Major until Emma’s death in 1949 and her daughter, who never married, died in 1999 in Truro, Cornwall.

Although he played a very small part in the Great War, we will remember Edward Absolom Pratt and thank him for his bravery. 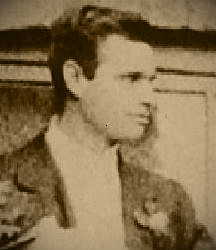 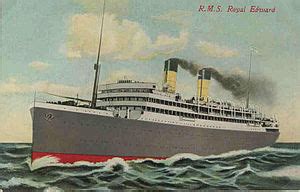